Outtakes from a Conversation with Jake Knapp

This is part of my series on thought leaders in the innovation space. Check out the end of this article for links to others in the series.

While I was CTO at Twyla, an online art start-up, my product team discovered Jake Knapp’s early blog posts and began using Design Sprints as a method to understand problem-solution fit. Later on, when Google Ventures led our series A, we had the good fortune of working directly with Jake, who facilitated a Design Sprint for us. (It’s an understatement to say that it was pretty cool to have the guy who literally wrote the book on Design Sprints shepherding us through the process. He even shared tweaks and updates he’s accumulated since the book came out.)

Even though I had previous experiences with Design Sprints, it was this moment when I really caught the Sprint “bug.” It was working with Jake and GV over those awesome five days that, in part, led to the creation of Voltage Control, my workshop agency where I now design and facilitate Sprints and innovation workshops for other companies.

It’s an understatement to say that it was pretty cool to have the guy who literally wrote the book on Design Sprints shepherding us….

If you’re unfamiliar with the impressive Mr. Knapp, here’s a bit about him: he spent ten years at Google and Google Ventures, where he helped build products like Gmail and Google Hangouts and where he created the Design Sprint process. He has since run over 150 Sprints with companies like Nest, Slack, 23andMe, and Flatiron Health. Today, teams around the world (including the British Museum and the United Nations) use the process to solve big problems and test new ideas.

Jake recently chatted with me over the phone, and we talked about Design Sprints (obviously), his thoughts on the innovation space and Make Time, one of his upcoming books.

The Power of Limited Time

Jake and I explored how he came to create the Design Sprint, and part of that journey illustrates the power of experimentation, as well as what we can accomplish when we intentionally focus and limit our time.

Early in his career at Google, Jake found that he could rewrite the rules: “I had been, up until that point, largely trying to apply other people’s frameworks to the way I did my work. But, about a year or two into my work there, I started to experiment a bit. I reached the point where I was frustrated with the results of the methods and techniques that I was using.”

This frustration, combined with a fortuitous week working with other Googlers, was part of how Jake honed in on the methodology. “I was working on what became Hangouts in Stockholm with two other folks. We only had one week. In that week, we cranked through and created a prototype, after having worked on it and gotten no progress for almost two years. We were time-boxed, and we were in the same room and focused. We got much more done.”

“In that one week we cranked through and created the prototype, after having worked on it and gotten no progress for almost two years.” -Jake Knapp

What You Prioritize, Happens

Jake began solidifying the process he was developing. Eventually, he was able to bring the technique to other groups at Google. Part of this move was inspired by a role change. He had recently become a manager and quickly decided that he wanted to get away from the stereotypical managerial tasks: “fast as possible.” So, he carved out a new role for himself where he would help teams around Google through Sprints, as a way to bolster new projects or help teams who needed a “boost of design.”

While this design-centered way of working may be pervasive now, it wasn’t then; Jake was one of a small-ish group of designers at Google. “There was a clear demand for design at Google. Design was becoming very highly valued. But there just weren’t many practitioners.”

There were two key things that were instrumental in allowing Jake to take on this new role and spread this way of working. First, the support of his boss at the time, Irene Au. She enabled him to create a new, uncharted role: “Her faith in me and willingness to let me take a chance on that idea was a huge deal for the Design Sprint ever happening.”

The second thing was how Jake prioritized this work and didn’t let it become swallowed up by other tasks. “I was able to make [Design Sprints] the first thing that went on the calendar. It was the first thing that I blocked off, my first priority, and not just a side project…”

This concept of prioritizing the most important thing to you is a perfect segue into Jake’s latest endeavor. Jake and Sprint co-author John Zertasky are currently working on a new book called Make Time: How to Focus on What Matters Every Day.

While Jake’s previous book delved into game-changing methods that mostly apply to work-life, this book is more about how we spent our personal time. As Jake explained it: “It’s the end of the day, and you’re looking back. What do you want to say is the highlight of your day? It’s about doing the activities that really feel fun. It doesn’t have to be productive or work-related at all in order to be a highlight. It’s really important to know what our priorities are and to have the tools to focus on the things that are most important and to keep trying to nudge ourselves back to those.”

While this concept might seem unrelated to Sprints at first, there are definitely overlaps: “The idea is that you’re reverse engineering your day. In a way, it follows the same principles of the Sprint, where at the beginning of a Sprint and you make a map for where you’re going to go.”

Making time for things that matter has impacted Jake personally in concrete ways: “It’s been extremely game changing for me in my own life and my own day to day life and also just doing the things that I want to get done. Like writing books…” (He recently finished up writing a fantasy adventure novel and is starting to write sci-fi. Stay tuned…)

But let’s go back to Design Sprints for a moment. Jake and I also discussed a recent article by the CEO and Founder of Basecamp that outlines how they run product iterations in six-week cycles. I wondered what Jake thought about this.

We talked about how this may be an incredibly efficient, productive way to work, but it also might be inappropriate for every product and unrealistic for every company. Jake said: “Most teams cannot do that. They’re very far from being able to move with that kind of speed…Very few teams are at that level. Part of what makes the six-week cycle work for them is they really know their audience.”

However, for companies who want to take baby steps to operating at that level, the Design Sprint is a perfect gateway: “It’s a way to shake things up, but in a contained environment.”

Jake talked about what makes the process so dynamic for teams: “You get to practice a whole lot of new activities and a whole new way of learning. And I hope that for some teams, that starts to become an entryway into working in the way that Basecamp does. Maybe they can start thinking about everything they do as more of a learning experience, about getting to that tipping point. A big part of the Sprint is about focusing and figuring out what’s the most important thing we need to do first.”

“A big part of the Sprint is about focusing and figuring out what’s the most important thing we need to do first.” -Jake Knapp

Jake’s honesty about the relative mystery involved in building something successful is refreshing: “I think it’s important to acknowledge that we don’t know that much about where those ideas come from. Because one thing is: there’s a lot more ideas that people have about business opportunities than there are successful businesses.”

“There’s a lot more ideas that people have about business opportunities than there are successful businesses.” -Jake Knapp

While he might not be able to hand out the exact ingredients for building the next Uber, Jake’s Design Sprint process is still highly transformational when done right. It’s incredibly effective when teams really follow through with the process. “What’s impressive in the Design Sprint is when you see an opportunity and you use a Design Sprint to execute on it well — smart, rational, reasonable execution. Because you saw all of the ideas on a level playing field and the decision that was made was clear.”

Learning from Jake has been powerful for me and I hope you enjoyed a sneak peek into our conversation. I’m looking forward to hosting Jake this fall for a Make Time workshop. Stay tuned for updates!

If you want to read more articles with perspectives from innovation experts, check out my articles about Kellee M. Franklin, Gary Hoover, Peter Nicholson, and Kerry Rupp.

END_OF_DOCUMENT_TOKEN_TO_BE_REPLACED 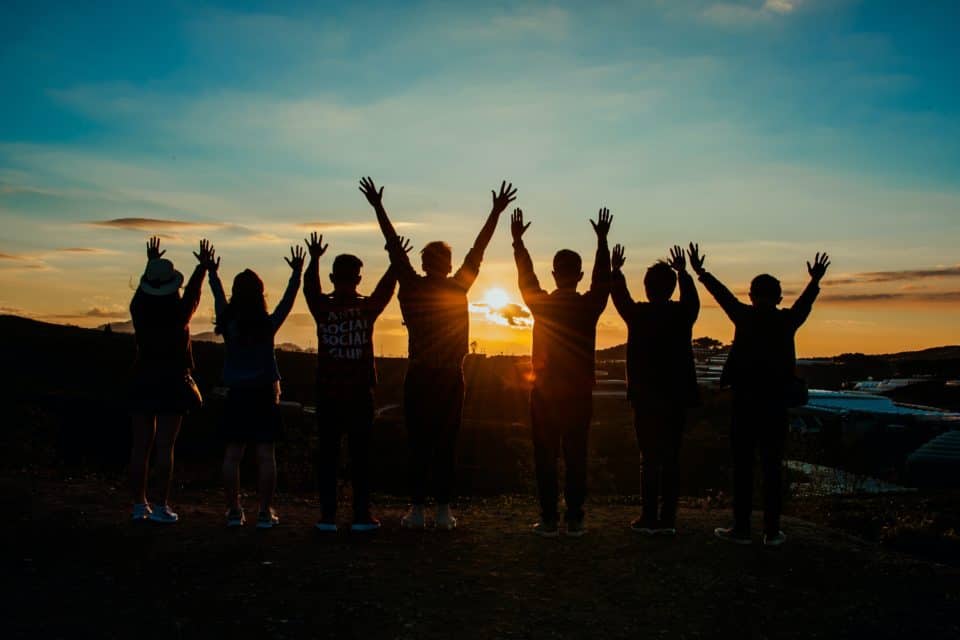 Overcoming Employee Resistance to Change in the Workplace

END_OF_DOCUMENT_TOKEN_TO_BE_REPLACED

Charismatic Leadership and the Power of Influence

Charismatic leadership plays an instrumental role in creating change. Tap into the power of influence to push your culture towards a greater good.