Ahead of a planned national conference in March 2022, NADOHE’s recently elected president Paulette Granberry Russell, J.D., hoped to hold a series of meetings that would clarify its priorities for the future, since the existing strategic plan was expiring. Unfortunately, the pandemic made it difficult to assemble their distributed team.

An impromptu catch-up over LinkedIn with a former Michigan State colleague — Dr. Erik Skogsberg, Voltage Control’s VP of Learning Experience — presented a solution: facilitated virtual and hybrid strategic visioning sessions. This would enable Granberry Russell to convene NADOHE’s board to discuss and agree upon the priorities for the association well ahead of its annual gathering.

To prepare NADOHE for these unique work sessions, Skogsberg facilitated discovery calls with Granberry Russell and members of the association’s executive board and provided some high-level coaching to key stakeholders. He also enlisted the expertise of Dr. Lamar Johnson, Associate Professor of Language and Literacy for Linguistic and Racial Diversity at Michigan State University. Dr. Johnson brought deep expertise in white supremacy, race, anti-black racism, and the radical imagination within educational spaces.

In the weeks leading up to the executive board coming together, Skogsberg educated the group on the what, why, and how of the tech tools they’d be asked to use during the sessions. Skogsberg then scheduled some time for them to practice. He additionally held a Zoom-based orientation so participating board members could get comfortable maintaining their focus while engaging in a virtual and hybrid space.

The NADOHE sessions would differ from the Design Sprints Voltage Control traditionally conducts. Knowing that NADOHE had five strategic priorities they needed to discuss in just two days, Skogsberg custom-designed an appropriate agenda in collaboration with NADOHE and Dr. Johnson. The abbreviated sessions included the “greatest hits” of design thinking, liberating structures, strategic visions, systems thinking, and futures thinking methodologies to assist in their strategic vision session as well as Dr. Johnson’s work in radical imagination.

NADOHE’S initial visioning session commenced over Zoom in June 2021. After brief opening statements from three past presidents, the attendees — a mix of NADOHE’s board and its larger team — were asked by Skogsberg and Johnson to imagine their idea of a perfect world. They worked on paper and in Mural, an online collaboration tool.

Once thoughts were collected and shared, the group began discussing how they could address things at the “radical roots” of their work. We framed these as “radical goals” and once again collected them via Mural, where participants shared what they thought it’d look like if NADOHE succeeded in achieving its goals as an association.

The group’s thoughts coalesced around Political Influence, Having An International Presence, Being Recognized As An Influencer, and more. After reviewing everyone’s goal statements, they voted for the top two. Granberry Russell then made the final decision, selecting a pair of goals she believed were the most important to achieve.

These goals were further explored in a How Might We Session, where everyone considered the roadblocks that stood in NADOHE’s way. Once again, after considering the group’s work, Granberry Russell decided on what to explore through brainwriting.

Unlike brainstorming, which gives the vocal participants the most input, brainwriting is a group activity where participants jot down their solutions concurrently on paper (or, in our case, in MURAL). Once everyone’s thoughts were collected, the group was encouraged to expand upon other people’s ideas.

The day’s final exercise was another writing activity using Dr. Johnson’s racial storytelling framework. Racial storytelling reflects on how racial encounters from the past situate themselves in the current moment. Before breaking for the day, Dr. Johnson posed these four questions to the group:

Day 2 of our virtual session began with everyone sharing their racial stories. Each individual was also asked what it was like to envision a radical future, what about their vision excited them most, what were their concerns, and what questions remained. Then, once in breakout groups, Dr. Johnson encouraged these small teams to create a concise racial success story with actions that must be taken to achieve it. The group then reconvened as one and selected the story that resonated the most.

Get Our Group Planning

Use this template when you want to generate ideas, brainstorm solutions, and plan as a team.

All of these exercises helped NADOHE gain clarity around the steps they would need to take to achieve the group’s new goal of further leading higher education toward inclusive excellence within five years. At the end of the two-day remote session, the NADOHE team had arrived at five key insights and six next steps.

Two months later, the NADOHE board reconvened in person and across Zoom to spend a day discussing how the organization could achieve its five-year mission.

Prior to this session, Skogsberg emphasized the importance of providing equity  in terms of the experience. He insisted everyone use Zoom and Mural regardless of location, a practice we emphasize in our Hybrid Work Guide. Voltage Control and NADOHE also arranged for optimal audio and video setup in collaboration with the venue, so the virtual attendees weren’t at a disadvantage.

To kick off the August meeting, Skogsberg led the group in a Hopes & Fears exercise. Everyone started by individually writing out their hopes for the day. Smaller groups then discussed and shared collectively. The same process was followed to uncover each group’s fears. With everything out in the open, the team was subsequently asked how they might best realize their hopes and address their fears, which ranged from a lack of consensus to unclear roles and responsibilities.

With expectations set — and obstacles identified — the group was broken into subgroups and instructed to create a landing page prototype for one of five focus areas. The purpose of this Team Prototyping activity was to help NADOHE more tangibly prototype its visions for the organization and communicate them to a larger audience. It would also lay the foundation for a new website, which was critically needed.

After each subgroup presented their ideas to the larger team, everyone discussed the next steps that needed to be taken to make their goals a reality. This included mapping out in Mural what needed to be addressed next week, next month, and next year in order to strike an optimal balance between high-level vision and concrete steps for implementation.

As a result of the virtual and hybrid work sessions, the NADOHE team felt well prepared to present new initiatives to its membership at its annual meeting in March 2022. They knew what they needed to give their strategic planning committee to draft plans and make necessary bylaw changes. They also were on the same page and ready to begin research and committee work in key focus areas. Additionally, they had a clear idea of what they expected from their marketing agency regarding a new website and communications plan.

For his part, Skogsberg enjoyed facilitating this work across multiple spaces for NADOHE’s success, balancing the many needs of participants, and being present across the layers of the hybrid space. “I pulled together key themes emerging on the Mural and in the room, making sure to be present across both the virtual and in-person spaces.”

Get Our LS Purpose to Practice

Starting with practice and ending with purpose, categories are created, clustered, and then voted on. With each step, revisions are made based on the learnings from the previous step.

Participants shared an appreciation for the fun they had in the sessions, and what they discovered about working in both virtual and hybrid configurations. At the conclusion of the second session, NADOHE leaders admitted they had learned new problem-solving exercises that could help them in the future.

“The Hopes & Fears method allowed the Board to think beyond the present and imagine the future of the organization, and also to consider if there were downsides to the imagined direction and goals,” said Granberry Russell. “I do see us employing [these methods] again. It may also be useful to have the responsible committees and people associated with each of our priority areas to use facilitated conversations to complete the work they’ve been charged with.”

“The conversations were challenging but handled effectively by the Voltage Control team that worked with us,” added Granberry Russell. “Dr. Skogsberg’s ability to pose questions that led the participants to engage with each other, and to be introspective on what will be best for the organization, was essential to our success. Voltage Control was actually praised by participants as effective in managing expectations, time, and achieving our goals.”

Looking for an Expert Facilitator?

Voltage Control offers a range of options for innovation training, design sprints, and design thinking facilitation. Please reach out to us at info@voltagecontrol.co if you want to talk. 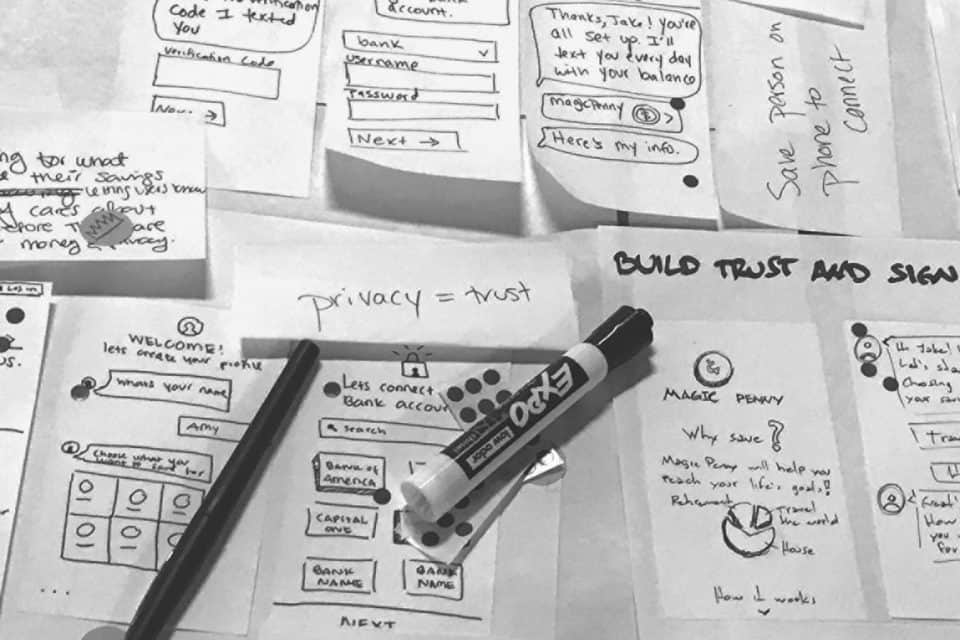 Teaching a global CPG company to innovate like a startup

END_OF_DOCUMENT_TOKEN_TO_BE_REPLACED 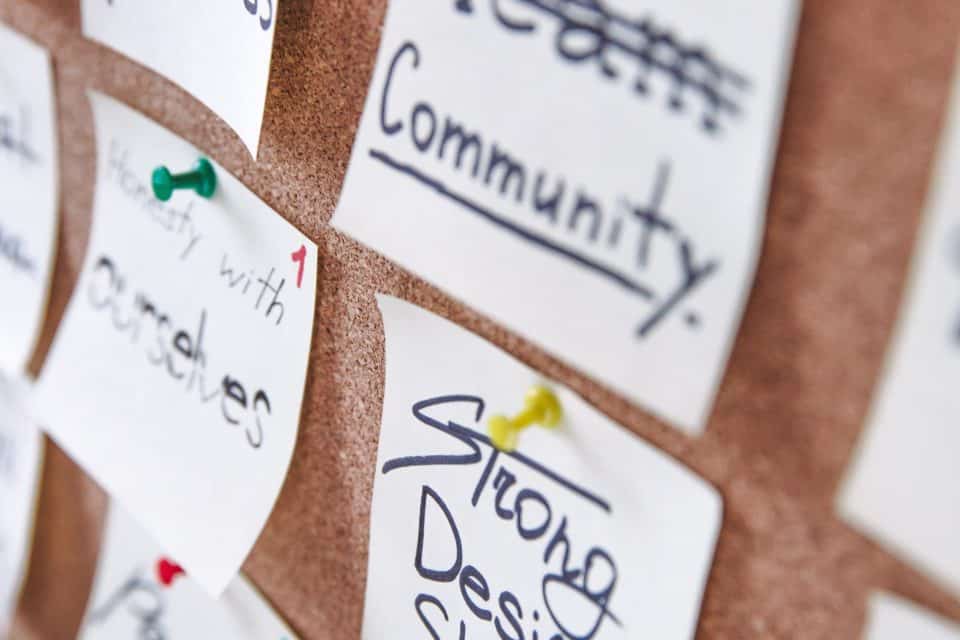 Case Study: Voltage Control ran a 3-day Design Sprint for Open Assembly to refine their vision of open talent standards and certification entity in collaboration with the open talent community.

END_OF_DOCUMENT_TOKEN_TO_BE_REPLACED 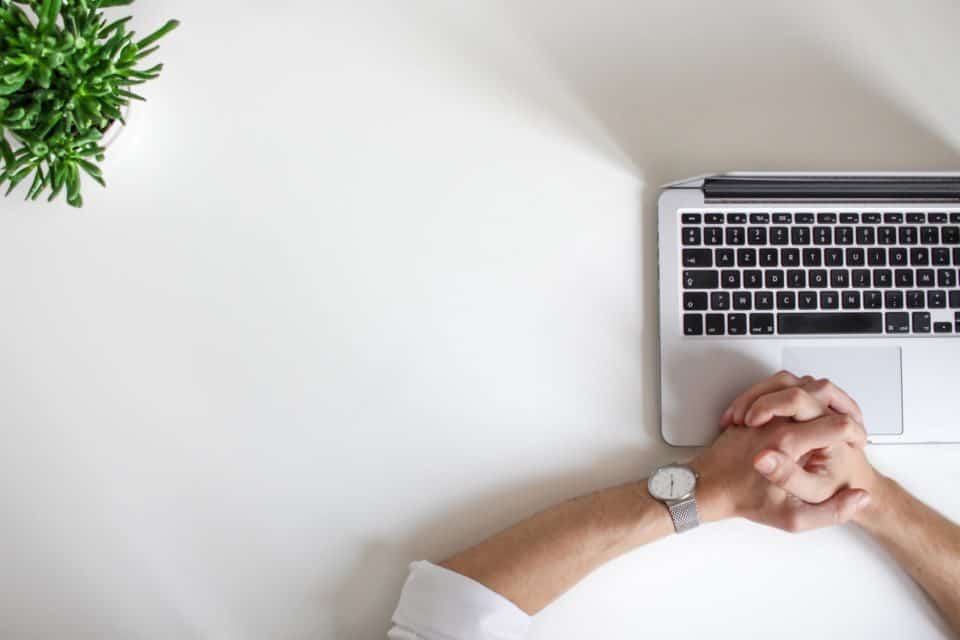