Last week I attended the Nasdaq CTO Summit in New York City. Peter Bell of CTO Connection has run this summit in New York and other cities for the past four years. The impressive list of speakers included the CTOs of Reddit, Meetup.com, Flatiron Health, Vimeo, Ellevest, LaunchDarkly, RainforestQA and the NY Times. Bell established CTO Connection as a vehicle to provide engineering leaders with a much-needed network to help them connect with and learn from their peers. In addition to hosting CTO Summits, CTO Connection runs CTO School, a network of local meetups and hosts a library of videos and other resources.

Even though I live in Austin, I am a member of the New York CTO School, and I participate in the CTO School email group. Jean Barmash, the organizer of New York CTO school, posted a notice of the CTO Summit back in November. I quickly signed up as I am a fan of hyper-focused single track conferences and the list of experienced professionals scheduled to speak presented both learning and networking opportunities.

I arrived in New York around 2 am on Sunday night after a series of unfortunate events courtesy of United Airlines. After arriving, I caught an Uber to Brooklyn where I was staying and prompted called it a night. Running on little sleep, I spent all day Monday meeting with prospective clients and catching up with old colleagues.

On Tuesday morning I arrived at Nasdaq and got checked in. There was a beautiful banquet table of breakfast foods, and Peter was welcoming everyone to the summit. I immediately found myself in an engaging technical conversation. When you are in a room full of CTOs, you don’t encounter usual small talk.

Peter kicked off the summit with a brief introduction and warm welcome. Each speaker had 20 minutes to speak and many of them reserved 5 or so of their 20 minutes for Q&A. They presented back to back with a lunch and only a few additional breaks throughout the day. The breaks and the end of day happy hour were all excellent opportunities for more connecting and networking. In fact, I bumped into Brian Aznar, an old friend from college and Etienne from 7CTOs.

The networking was excellent and the speakers were engaging. Some were good storytellers and others had relevant and actionable advice to share. With only 20 minutes of airtime, I was impressed at how much each speaker was able to share. Here are a few highlights below from the speakers that made the biggest impression on me.

The curious state of serverless platforms

Nick Rockwell the CTO of The New York Times gave a humorous and spirited talk on serverless platforms. Nick pointed out that serverless goes way beyond cloud functions such as lambda and includes fully managed services (SQS, S3, PubSub, etc) and Runtime as a Service like AppEngine and Heroku. He also opined that Containers are not serverless as they still require an OS. With serverless, you get true autoscaling with no capacity management and no idle. He dispelled common objections to serverless platforms and encouraged the audience to leverage serverless platforms to increase developer productivity. He advised us all to learn to know less, embrace lock-in, and allow the OS dinosaurs to rest.

Lessons from the black box

Heather Rivers the director of Engineering at Mode Analytics told the story of the flight recorder and wisely drew parallels from the airline industry to software teams. The first black box recordings began to shed light on the fact that human error caused a vast majority of accidents. In an effort to eliminate as much of this human error as possible, the airlines instituted Crew Resource Management (CRM). The three components of CRM are situational awareness, effective communication, and group dynamics. These three areas of focus and the tactics applied to them can benefit software teams in the same way they helped flight teams.

Randy Shoup, the VP of Engineering at StitchFix, spoke on monoliths and microservices. He wisely pointed out that it is crucial not to overbuild when first launching a software product and to instead focus on the customer’s needs. “If you don’t end up regretting your early technology decisions, you probably over-engineered.” Randy pointed out that microservices aren’t micro because they are small or have minimal lines of code, they are micro because they are single purpose. They have a simple, well-defined interface, and they are modular and independent. One critical component to this modularity is isolated persistence. When migrating from a monolith to a microservice, you can take incremental steps by introducing the microservice and then incrementally adopting it throughout the monolith. Once the microservice is the only method of accessing the data, extract the persistence layer. Randy also shared other approaches for dealing with isolated persistence such as a materialized view and events with a local cache.

Debbie Madden, the CEO of Stride, spoke to us on the importance of hiring diverse teams, a topic that is near and dear to me. Diverse teams are 35% more likely to perform better than non-diverse teams. Debbie reminded us of our hard-wired biases and encouraged us to think carefully about our job descriptions, to make training participation voluntary, and to create a workplace culture that ensures everyone shares their opinions. She also advised us all to boldly share our views and values to lead from a position of strength and integrity as she has found this to be an effective way to attract diverse candidates. Debbie also shared, S.A.F.E, her framework for success.

One story she told that stuck with me was about an orchestra’s goal to increase the number of women they hired. To reduce basis, they had applicants perform behind a curtain only to discover that women’s high heel shoes still created bias.

Nick Caldwell, the VP Engineering at Reddit told us a story about his last year and a half at Reddit and how he tripled the team without destroying the culture. Nick started by clearly defining and assigning roles. Using RACI charts to assess and a custom test inspired by Voight-Kampff to eliminate the tech lead role by identifying which engineers should be managers and which should be architects. He created Reddit’s first org chart to document and communicate the new structure to everyone. When it came time to add a new process, Nick borrowed from the Toyota Production System Andon cord and provided opportunities for everyone to share issues and concerns and only introduced process based on feedback from the team.

I had a great time and I look forward to attending more CTO Summits in the future. Peter did a fantastic job of curating a diverse and engaging set of speakers. Even though I only mentioned a few of the speakers I enjoyed all the talks. There really weren’t any bad speakers. Which is no small feat. Kudos Peter! 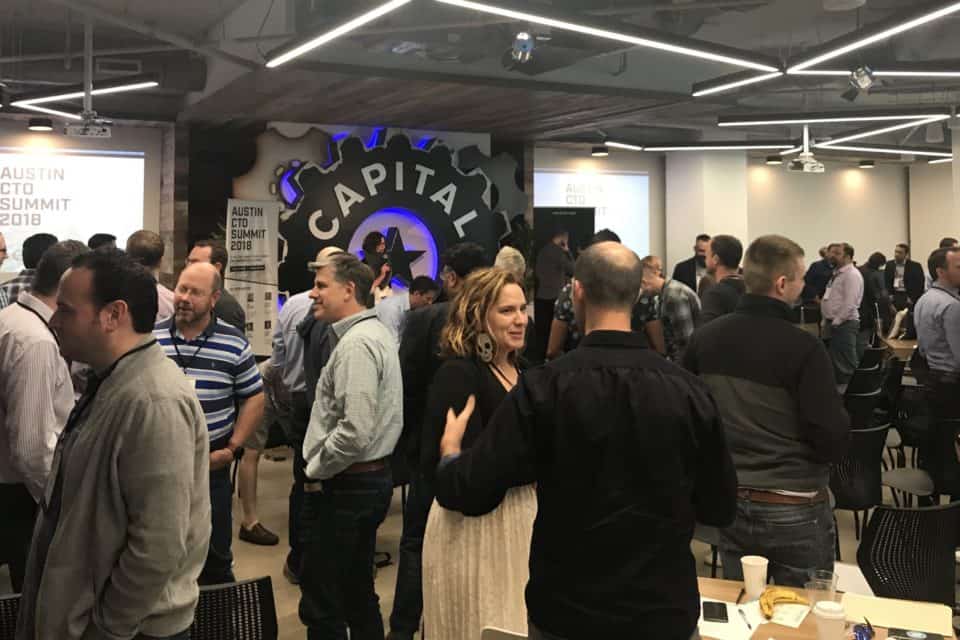 I’m excited to announce that tickets are officially on sale for year two of our annual Austin CTO Summit. Take advantage of our super early…

END_OF_DOCUMENT_TOKEN_TO_BE_REPLACED

First I’d like to thank our speakers. Without them and the brilliant content they prepared and shared on Tuesday, we would not have had a…

END_OF_DOCUMENT_TOKEN_TO_BE_REPLACED 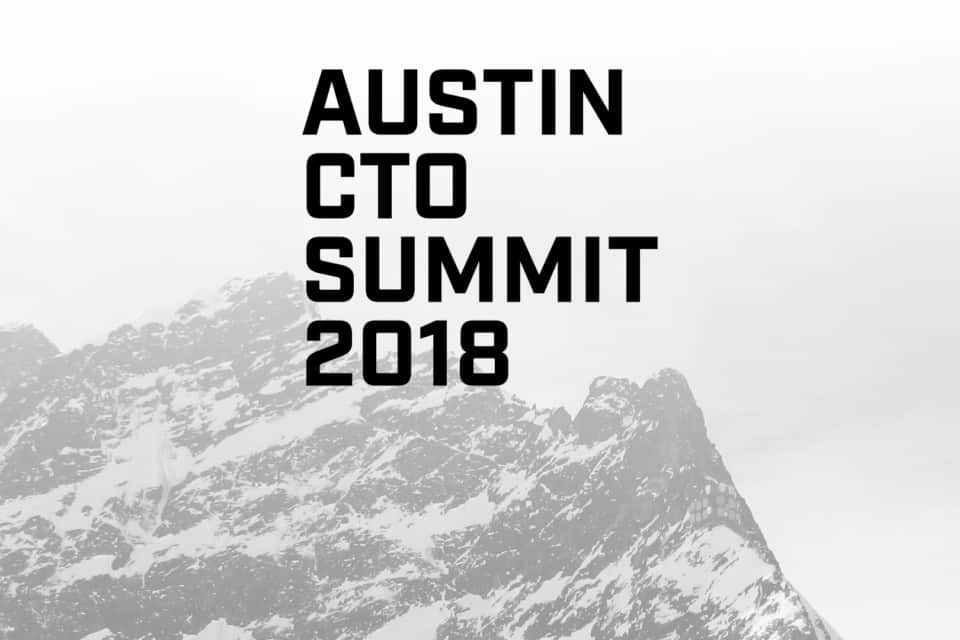 I’m thrilled to announce that we’ve locked in some really great sponsors especially considering that this is our first year in Austin! I’ve also confirmed…