Takeaways from a conversation with Diana Stepner, VP of Product Management for Learning Applications at Pearson

Born in Cupertino, Diana Stepner is rare in the technology industry as a true Silicon Valley native. Growing up with a love of technology, one of her first jobs out of business school was at Epsilon where she was first exposed to customer segmentation. In London, she gained experience in product management and learned the ins-and-outs of applying customer segmentation practices for clients. Inspired, Diana returned to grad school for a Master’s in Information Management Systems, specializing in Human Computer Interaction.

Armed with a mix of experience in startup innovation, emerging technologies, and new approaches to customer experience, Diana landed at Pearson where she headed up Future Technologies and Innovation Partnerships. She is now Pearson’s VP of Product Management for Learning Applications, a portfolio of innovative products geared toward increasing confidence and improving learning outcomes for college and career success.

Diana believes that success in innovation is more than ideas. “What I often find from innovation programs is their target is around ideas — creating ideas, training, tweaking, refining ideas. In my experience, the trickier bit is actually turning the idea into something real.” Creating something real means bringing an idea to market and giving it the proper resources to get the word out and effectively compete with existing players.

“In market is the halfway point, and then you’ve got just as much work to do to refine it, iterate, and make sure it has legs to stand on.”

At Pearson, ideas are the first step in a product lifecycle approach that covers the full evolution of a concept through the phases: Idea, Explore, Validate, Grow, Sustain, Retire. While some programs hand-off a project after the early phases, Diana finds that people who really believe in an idea often want to see it through. By pairing these individuals with those more practiced in growing and sustaining a product, the lifecycle approach provides valuable learning opportunities for innovators to grow their skill set.

Diana encourages companies to pursue innovation with openness. “Everybody should have the opportunity to test ideas and find out if there’s a better way to do something.” Approaching innovation in this way helps to infuse innovation into the day-to-day so that it becomes a part of the culture. But Diana cautions against programs used as a symbol of good culture.

“Over the years more and more companies have done incubators and accelerators, and it often comes across as something the company is doing to show that they value their employees and listen to their ideas. It’s almost a checkbox.”

Listening to employees’ ideas is something every company should do and one from which they benefit. “But the culture itself shouldn’t need an innovation program for people to feel that way…If not done for the right reasons, it comes across as the company doing an innovation program to feel better about itself.”

In addition to being open to everyone, innovation programs also benefit from communication and transparency. At Pearson, a group of representatives is sourced from different parts of the company to be future technologies champions. “Champions give visibility everywhere into future technologies.” By establishing a network there is visibility, communication, input, and feedback from day one.

Innovation efforts also benefit from an endpoint. Introducing this constraint provides a checkpoint to evaluate the work product with the business sponsor and determine if there is enough commitment to continue moving forward.

“In the beginning we just looked at a lot of technologies that would address the challenge, but if people don’t like each other, the technology really doesn’t matter.”

One way to evaluate compatibility is through colocation, even when it’s temporary. “In the beginning of Innovation Partnerships, we did all of the work virtually.” Learning from early experiences, startup teams were brought into the same location with their corporate sponsors to do their initial planning, to a positive effect. “They formed more of a bond just being together for two days.”

“We did a lot of match-making of startups to other parts of the company so they would get more exposure. We had general sessions so they could voice any concerns and have open conversations so they could talk to us about anything.”

Diana learned throughout the partnership process that responsiveness is key. “Whether in an innovation program or not, when ideas are put forward or startups come forward, oftentimes companies don’t respond.” In these situations people left with unanswered questions wonder if their idea wasn’t good, they didn’t contact the right person, or maybe their wording wasn’t right.

“We’ve learned to be honest, to respond, and to tell the person or startup ‘yes’, ‘no’, or ‘I need more information’ pretty quickly so they’re not left hanging. People were good. Even if the answer was bad, at least they got an answer, then they can move on.”

Companies who leave people with feelings of unease and uncertainty may not have the opportunity to work with that person or startup in the future.

To measure innovation efforts, Diana returns to the Idea, Explore, Validate, Grow, Sustain, Retire product lifecycle approach. One positive marker she relies on is whether an idea is moving through the phases. “Does something go from Idea to Explore or do you end up with a whole bunch of things from Idea that don’t get to Explore?” It’s fair to assume there will be more items in the Idea stage than Explore and Validate.

But looking at the mix is a signal for Diana on whether efforts have weight. Diana also looks to revenue and competition as a means of measurement. She considers whether an idea is bringing in new revenue or helping fight off competitors to determine what’s worth pursuing further.

The prerequisite to measurement, according to Diana, is a clear, realistic definition of success. “I think the expected return and impact are the types of things that need to be decided up front because that will influence who puts forward ideas and, basically, what the optimal outcome of each phase should be.”

Measurement and executive sponsorship are strategic components of any innovation program, and both can serve as protection against a program shutting down. Yet, Diana cautions that sponsorship is not always a guarantee of longevity.

According to Diana, one way to guard against shut down is having products in the market that are gaining traction, bringing in revenue and customers, or involve partnerships that are significant. “Those types of external factors which are benefiting the company are harder to shut down than just the program itself.”

By partnering with numerous startups, Diana has the opportunity to see innovation success stories on a regular basis. “Every couple of months a startup that was part of the innovation programs at Pearson will reach out. Often they’ll tell me about the success they’ve had or the funding they received or that they got purchased by another company, and I love that.” Even startups that Pearson declined to partner with reach out to Diana to share what they learned from that “no”. “So that sense of community continues even after the programs are done.”

For example, Innovation Leader periodically holds facilitated discussions around a specific topic or theme. “I really like that in Innovation Leader’s group discussions can get messy. There are some really down and dirty conversations, which reflect reality. And you learn a lot from the people involved. It’s like a really good dinner party where you’ve got exciting people sitting next to each other, you mix up the group, and the conversations just flow.” 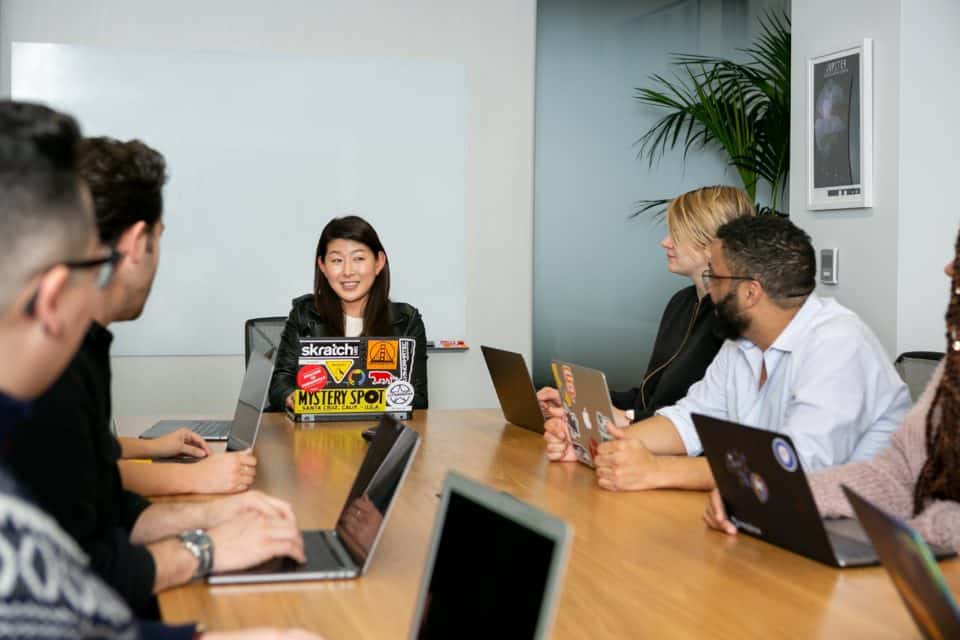 Leading from the Heart

Grow your organizational culture through diversity of thought. Initiate this by leading from the heart.

END_OF_DOCUMENT_TOKEN_TO_BE_REPLACED 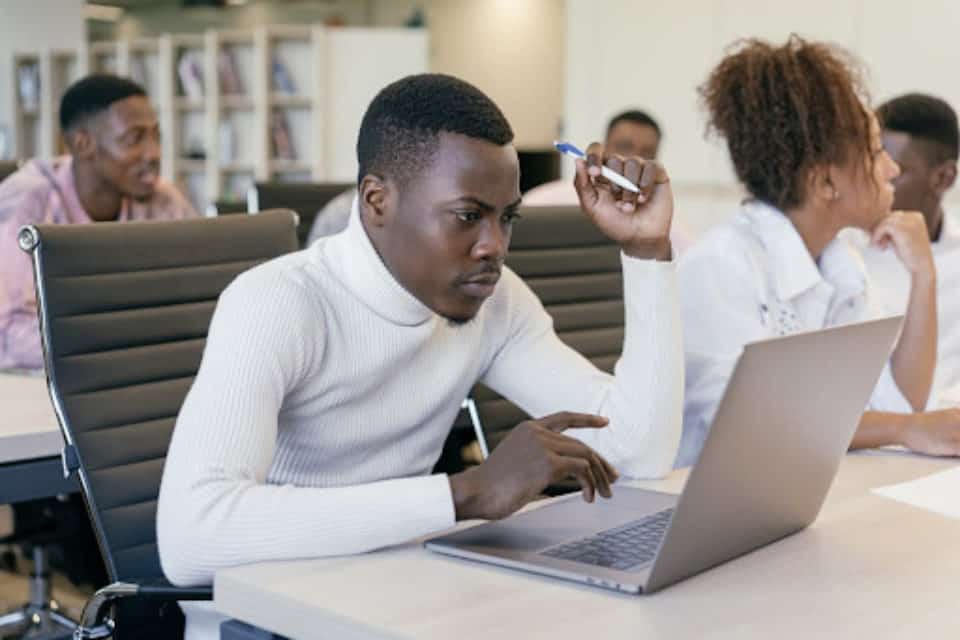 In the world of leadership training and development, high potential isn’t discovered; it’s created. While the best team members have instincts and unique talents, learning crucial management skills will transform their capabilities as employees and leaders.

END_OF_DOCUMENT_TOKEN_TO_BE_REPLACED 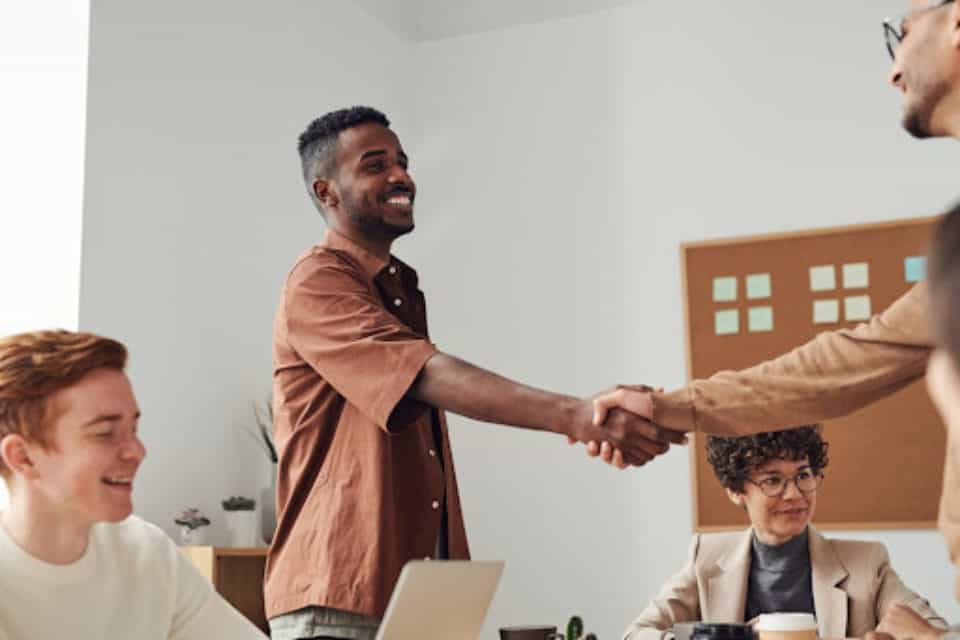 Leadership Development From the Inside Out

Leadership development is a crucial element in building a top-tier team. Use leadership training programs to facilitate transformation and growth on an executive level.