A Magical Meeting Story from Consultant, Coach, and Trainer at Quietstars, Adrian Howard

Today’s story is with Adrian Howard, consultant, coach, and trainer at Quietstars–a company that helps teams improve through tactical workshops, team coaching, personal coaching, and speaking & facilitation. With more than 25 years of experience working with established businesses, agencies, and startups, Adrian is an active member of the Agile, Balanced Team & Lean UX communities. He regularly teaches and speaks on integrating Product, Lean, UX, and Agile methods.

Previously, Adrian was a member of the Socio-Cognitive Technology Research Group at Sussex University, where he taught on their Human-Centred Computing Systems MSc, and picked up a degree in Computing and Artificial Intelligence with a side order of Cognitive Philosophy & Linguistics.

I spoke with Adrian about a meeting he designed called the Scale of Truthiness, what prompted the meeting, what it helped accomplish, and where he sees the opportunity for it to grow.

The massive misalignment Adrian observed in teams was the original prompt for the Scale of Truthiness meeting. One of Adrian’s clients (a small startup that had a lot of initial success) was building out their product and different teams within the company each had very diverse ideas about the main goal. Each team defined the end customer differently, and therefore the end product and included features also differed. The teams hadn’t discussed this with each other, resulting in 4-5 different groups building a product and features for 4-5 different audiences. Adrian noticed this disconnection from the start of his engagement with the company. His standard practice at the beginning of leading meetings and helping companies on various projects is to speak with various stakeholders within the organization about what the product is, where it came from, what problems it’s trying to solve, who the target customer is, etc. In speaking with developers, designers, product managers, CISO, and investors, he quickly identified misalignment and friction. The features that some teams thought were important were not the same as others.

The main intent of the Scale of Truthiness meeting was for everyone to understand where the misalignment was stemming from by communicating and discussing the varying ideas and points of view. Adrian wanted each team to acknowledge that different people had different ideas, to have evidence-based conversations about this, and then make informed decisions with regards to action items and next steps together.

“There was agreement in the organization that there wasn’t alignment, as it were, but there wasn’t an understanding of what they were misaligned on,” Adrian explained. “There wasn’t a lot of actual evidence about what the right customer was. People were running on varieties of gut instinct, and a little bit of evidence from the early releases of the product,” he continued.

Let’s take a closer look at Adrian’s process to learn what made this meeting magical.

Adrian asked each participant to bring anything related to their specific idea of the end customer (ideas, descriptions, tangible items, discussion topics, etc.) to the meeting.

The meeting was scheduled for 2 hours in person. Adrain aimed for 90 minutes but saved some extra buffer time if needed. The 15 attendees included leaders from the product, design, development, CISO, and executive teams, along with a few randomly selected end-users that didn’t work at the company.

The meeting started with a few activities during the first half-hour, meant for each person to showcase what their idea of the end customer and product was, via provided worksheets and blank canvases. Adrian utilized empathy maps and other visual tactics from Dave Gray and Janice Fraser in his meeting.

Show and Tell: Then it was “show and tell” time. The worksheets and canvases were all put up on the walls, while each participant walked around reviewing everyone else’s work. “At that point, you could see stuff sinking in, about the fact that, ‘Oh, they’re talking about something completely different from what we’re talking about,’” Adrian said, which led into conversations about what people had seen.

The Scale of Truthiness: This activity is what gave the meeting its name. Andrian set up a scale horizontally along the whiteboard, with the right end representing something that was 100% true with validation and facts to back it up, and the left end representing ideas that were invalidated (or not having facts to back them up). Adrian described the main activity: “We then got people to pull stuff off the worksheets or the stuff they brought in, as it were, and [write them down on Post-its] to put them on the scale and justify where it belonged on the scale, which led to lots of interesting discussions. There were sometimes disagreements about the level of confidence that was in certain facts about the customer and the customer pain points, which was really good because at that point we can immediately go, ‘If you think this is true and you think this is half true, then it’s obviously neither of those things right now because you don’t have confidence in either case, so let’s put it a bit further back and have a conversation about it later.’”

Conversation and Justification: Participants were split into groups and then had conversations (and sometimes arguments) about justifying the placement of items on the Scale of Truthiness. Whenever a conflicting idea or disagreement emerged, it was annotated with a pink Post-it note which allowed for more focus and discussion around those topics.

Clarification: The activity was extremely useful as it helped people see the end-user was a specific target audience, in some cases a very different audience than some of the meeting participants originally had in mind. The exercise also helped clarify why there was confusion and misalignment – different people were using different words and labels than others, or sometimes using the same word but meaning different things.

The conversation then shifted to solutions and next steps – how to improve confidence, and prove or validate an idea that was categorized as invalidated. Ideas such as speaking with more customers and doing more prototyping before fully building out the features were discussed. Getting more market validation on whether certain groups of customers even exist was a common consensus. Ways to validate ideas were written on differently shaped Post-its and eventually categorized based on groups and themes. The meeting wrapped up with documenting findings and next steps (in this case, the next steps included setting up qualitative interviews with a particular type of customer group and pain point). The wrap-up also included the categorization of information from the differently shaped Post-its and grouped into their own customer category boards.

The main deliverable to come out of the meeting was an acknowledgment of the problem and misaligning views by everyone, which was the first step necessary to drive change and results: “Everyone was going to know that there was a problem there. Some people in the room knew it was a problem there, not every single person did, and that was going to be really helpful in driving the change that was needed, just an acknowledgment of the problem by everybody,” Adrian said.

The secondary deliverable that came out of the meeting was determining concrete next steps in solving the problem. In this example, it was having Adrian’s clients get a more accurate and aligned understanding of the customer or customers they should be focusing on.

There were a few tools Adrian used to create magic and connection in his meeting:

The potential pitfall to this type of meeting is people who like yielding a lot of positional power, Adrian explained. “The value of this is getting different opinions out there, and being able to have that discussion about the different opinions…I wouldn’t have done that exercise if there wasn’t a lot of psychological safety in the group.”

I asked Adrian about the opportunity for improvement if he were to be really bold. He said originally he saw this meeting as a one-time exercise meant to happen at the beginning of his engagement with clients, but instead would like to see it morphed into an ongoing process resulting in more projects, practices, and long-term deliverables. While the original meeting occurred a few years ago, Adrian mentioned he’s currently working on this idea and how to make it tangible upfront.

Do you have a Magical Meeting Story to share?

We’d love to hear about your wizardry! Submit your information below to be considered for our Magical Meetings Stories series: 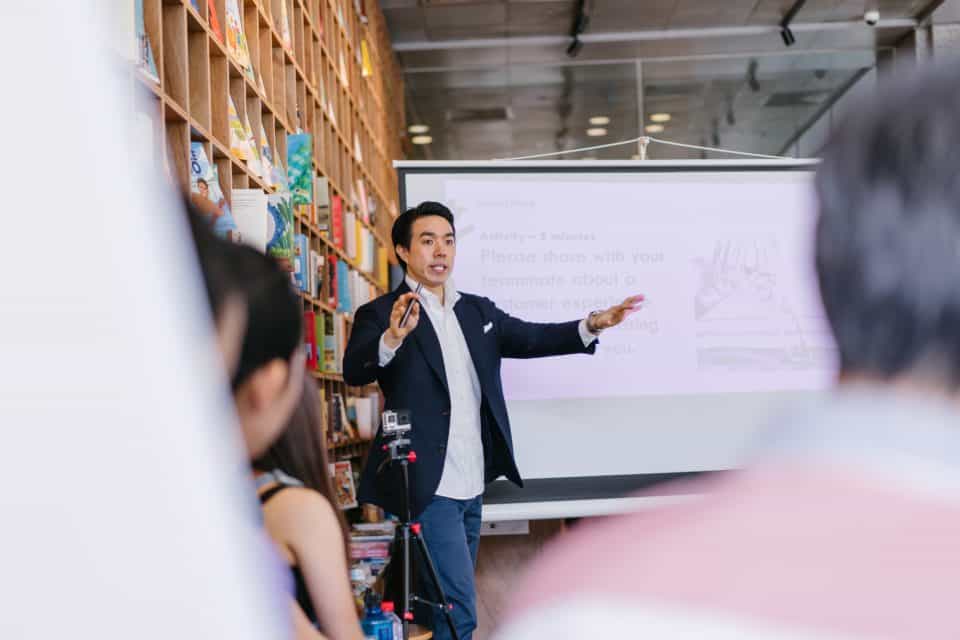