I was with my dad and my cousins at a shopping mall in Odessa, Texas when we walked past a man dressed in all black with black painted fingernails, black lipstick and black eyeshadow. He had chains dangling from his pants and spikes fastened around his neck and stuck through his ears.

He looked intently at the space directly in front of him and manipulated his hands around a floating cigarette. He’d twitch his fingers slightly and it would move back and forth. Finally, he willed it to float toward his mouth where he then lit it, produced a quarter from thin air and stuck the burning cigarette through the middle of the coin, let it be examined, then removed the cigarette and repaired the hole in the coin.

After a quiet moment, my father grabbed my shoulders and said, “I don’t feel right about this — let’s go,” and he ushered me and my cousins away from the evil man saying something under his breath about the devil.

Years after saving me and my cousins from the angel of death, my father returned from a business trip in Las Vegas where he had seen the same trick performed. He went to a magic shop to buy the apparatus for me — relieved witchcraft, at least in west Texas, was merely an illusion.

After understanding how the trick was done, I was embarrassed I wasn’t able to figure out the gimmick before. Then something very sad happened. The second I understood how to create the same effect I saw in the shopping mall years earlier, I became less interested in magic. I almost felt foolish for being so enamored in the first place.

I was in the beginning stages of realizing adults find more identity in doubt than in believing.

This is what happens to us when we get older. When we experience a moment of awe or wonder, the cruel world increasingly points out how foolish we are to believe in the magic of a moment. Of course there’s an explanation!

We get burned, so we condition ourselves to expect moments in which we might look foolish and avoid them at all costs. Better to never have played the game, bought into the vision, or widened our eyes at something beautiful or mysterious — because adults don’t let their guard down.

To be smart means to be cautions. To be effective means to be efficient — and magic, beauty, awe and wonder are not efficient.

This isn’t just about magic tricks, it’s about how we live our lives and do our work. Think about it — we once trusted more easily. We once danced more readily. We once experienced joy without caution. We once believed in the magic of interactions, belonging and trust in ways we’ve conditioned ourselves to now repress.

This has broader context for the way we run businesses. Think about it. Any moment people are gathered together in a room presents an opportunity for magic to occur – but most leaders and organizations blow this opportunity on a daily basis.

But even though we’re grown up and wounded now, we still want to believe in magic.

We still long for the feeling we felt when we were completely present, excited with anticipation, and a part of some larger awe-inspiring experience.

Don’t the feelings listed above sound like a healthy, award-winning organizational culture? Don’t you want to belong to a team where individuals are present and invested in the potential of each moment, excited for the possibilities in front of them, and totally bought-in to a grander vision?

Yes, that’s what we all want. And don’t be shy about calling it magical.

And here’s the beautiful and most important thing about magic — it has no effect in isolation.

Magic happens most powerfully when experienced with others; the gift of magic is the bond of experiencing awe together.

If my fledgling career as a teenage illusionist taught me anything, it’s this: Magic exists beyond the belief that something is real or not, and past the understanding of how something works.

Magic is about surrender to the moment — a willingness to be fully present and participate without the fear your belief in a grander vision will be undermined.

When we believe in magic, we risk looking like fools for having hope, but we’re OK with the consequences.

When people experience magic on teams it looks like this:

If we want to create magical moments in our organizations it begins with developing a sense of safety, trust and belonging.

So how does one begin to infuse more meaning and magic into meetings and interactions? Return to the wonder and awe we once danced with, but have since written off because it’s too childish.

What else has worked for your team?

Believing in magic as adults is simply a return to a place of innocence where we believe anything might be possible, and we’re not afraid of our imaginations.

We’re not talking about disappearing the Statue of Liberty — we’re talking forging human connection. If we can learn to believe in the magic hidden in the real moments of office conversations, our teams can accomplish something truly magical together.

Looking for a partner in Facilitation?

END_OF_DOCUMENT_TOKEN_TO_BE_REPLACED 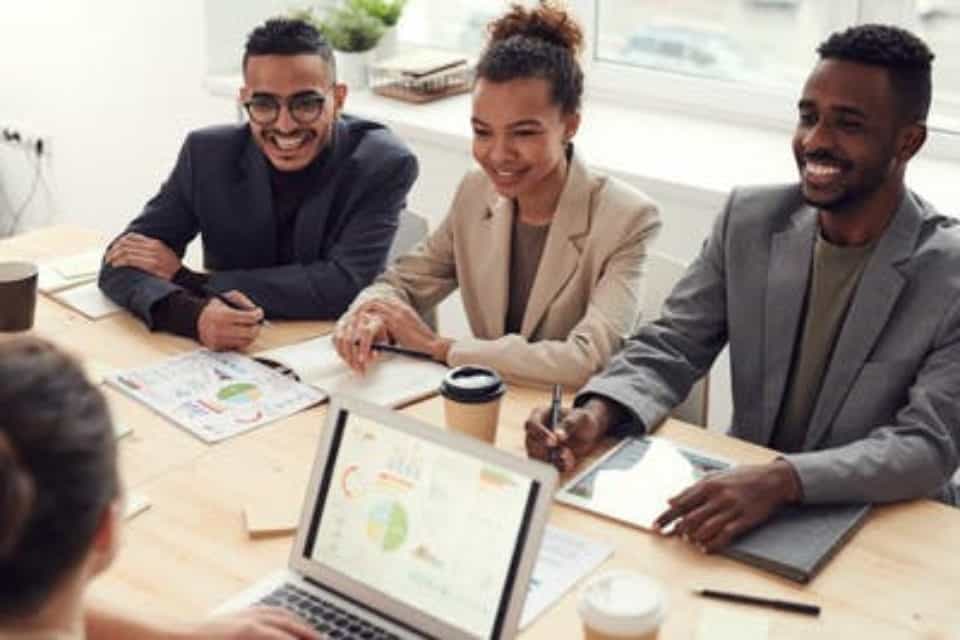