As a Biology major, I’m always fascinated when I notice patterns in technology that borrow from natural phenomena. Rather than reinventing the wheel we can use existing capabilities to pursue new markets. Sometimes this even takes the form of utilizing by-product or waste form another process. Reusing shipping containers is popular right now, and I personally use a large wire spool for a coffee table.

Exaptation (Stephen Jay Gould and Elisabeth Vrba’s proposed replacement for what he considered the teleologically-loaded term “pre-adaptation”) and the related term co-option describe a shift in the function of a trait during evolution. For example, a trait can evolve because it served one particular function, but subsequently it may come to serve another. — Wikipedia

Common biological examples of exaptation are bird features and pain receptors. Bird initially evolved features for temperature regulation, but later they proved valuable to take flight. The physical pain system may have been co-opted to motivate social animals to respond to threats to their inclusion in the group as we see that the chemical pathways for physical pain and pain for social exclusion overlap.

“You can’t determine in advance what innovation is needed, you have to create an ecology in which novel solutions can emerge.” — Dave Snowden

LADARTracker, it measures eye movements at a rate of 4,000 times per second, four times the established safety margin, to ensure the safety and effectiveness of LASIK surgery. The technology is manufactured by Alcon Laboratories of Fort Worth, Texas, and is used in conjunction with the company’s systems for LASIK surgery, employed by eye surgeons across the country.

In 1947, the microwave oven was accidentally made Percy Spencer, an engineer who was working at a radiation laboratory. One day, while Percy was working on an active radar set he noticed the candy bar he had in his pocket melted. Percy wasn’t the first to notice something like this with radars, but he was the first to investigate it. He and some other workers from the laboratory began trying to heat other food objects to see if a similar heating effect would happen. They first heated popcorn kernels, which became the world’s first microwaved popcorn. They then decided to try to heat an egg. The result was that the egg exploding in the face of one of his co-workers.

The company Percy was working for, Raytheon, then took rights on October 8, 1945, for a microwave cooking oven, eventually named the Radarange. The first produced microwave oven was about 6 feet tall and weighed around 750 pounds. The price tag on these ovens was about $5000 a piece. It wasn’t until 1967 that the first microwave oven that was both somewhat affordable ($495) and reasonably sized (counter-top model) became available.

Alfred Einhorn, the German scientist who around 1905 synthesized novocaine, the first nonaddictive narcotic, had intended it to be used in major surgical procedures like amputation. Surgeons, however, preferred total anesthesia for such procedures; they still do. Instead, novocaine found a ready appeal among dentists. Its inventor spent the remaining years of his life traveling from dental school to dental school making speeches that forbade dentists from “misusing” his noble invention in applications for which he had not intended it.

I’d say that the majority of successful new inventions or products don’t succeed in the market for which they were originally designed. — Peter Drucker

My good friend an mentor, Gary Hoover, shared with me a powerful approach to innovation which he calls “Grid Thinking”. The concept is surprisingly simple and yet the results can have serious impact. The goal is to find viable unexplored intersections.

First you draw a grid, with one type of thing running vertically and another classification horizontally. For example you could put technologies on the horizontal axis and product types on the vertical axis. Note, it can be helpful to allow for flexibility such that both axis could contain the same item. Next, examine every possible intersection and ask yourself, “Is there a business opportunity here”?

Breakthrough innovations most often come from combining two ideas that everyone sees every day but no one has put together (yet). — Gary Hoover

The Lightning Demos on Day-2 of a Design Sprint are an approach to inspire exaptive innovation. These analogous inspirations are great ways to borrow from others and repurpose ideas to generate new innovative approaches.

In the Sprint book, Jake, shares a story from 1908 about Melitta Bentz. Melitta, unhappy with the gritty and bitter coffee sought to find a better solution. Inspired by her son’s blotting paper, which was disposable, thick, and absorbent for the purposes of mopping up excess ink, she invented the worlds first coffee filter.

During lightning demos for Twyla’s 4th design sprint, Shane O’Donnell, our product designer, shared a Coates golf’s website. The feature that Shane was excited to share with us all was a free trial for golf clubs. Shane’s hypothesis was that if they can offer a trial for expensive golf clubs, then Twyla could do the same for art. It turned out that this was a winning sketch and we prototyped the trial. When Twyla launched the $30 Trial, we saw a 2x increase in sales and the trial continues to account for a large portion of online sales.

Everywhere we turn, there are examples of exaptive innovation.

Even Design Sprints can be exaptated. I often extract exercises and activities from Design Sprints to use in other circumstances, restructure it into a 4-Day process, or use them to solve non traditional problems.

What are some of your favorite examples? Please share in the comments section below!

If you are in or near Austin, come visit us at the Austin Design Sprint meetup. Each month we have a guest speaker share their experience participating in a Design Sprint. If you would like to be a future speaker please email me. 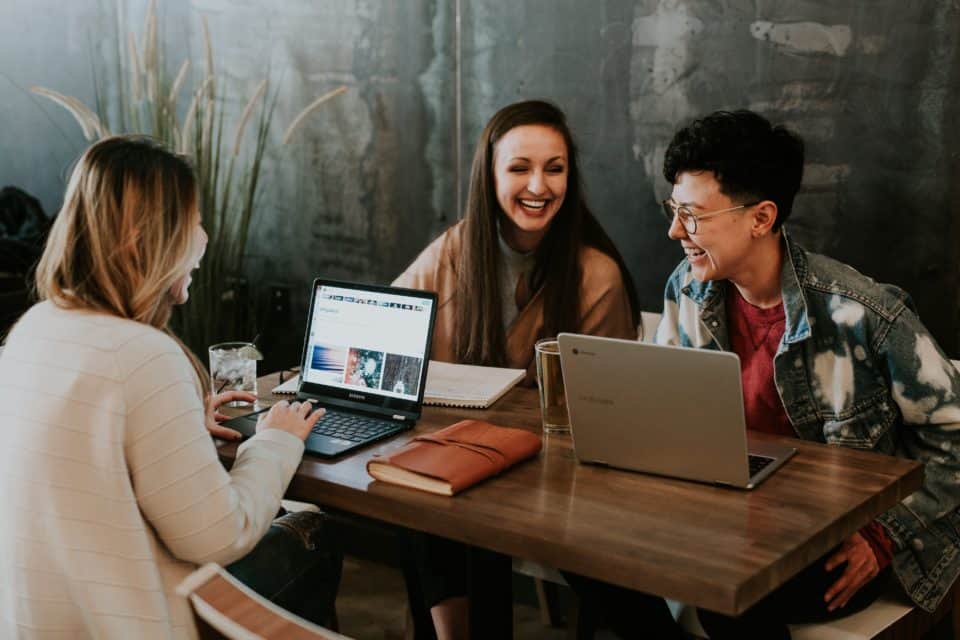 The Best Design Thinking Exercises for Each Phase of a Project

When you understand your customer, you can effectively create what they want and need. That's the idea behind design thinking

END_OF_DOCUMENT_TOKEN_TO_BE_REPLACED

Use design thinking for change management to co-create change. Both practices offer a unique approach to designing human-centered solutions.