A conversation with Dan Toma, Speaker and Author of The Corporate Startup: How Established Companies Can Develop Successful Innovation Ecosystems

Dan Toma believes that to innovate, you must first be humble. What does humble mean to him? It means admitting what you don’t know so you can start asking questions. Be curious about what you don’t know, and this can lead to some fascinating answers.

“I think it is an important part of the journey of being innovative. Stay humble and back that up with curiosity.”

Dan is the author of “The Corporate Startup: How Established Companies Can Develop Successful Innovation Ecosystems.” He sees companies big and small fail at innovation every single day. What does he see as one of the biggest reasons they fail? It is one of the main points in his book and one that many companies have responded to over the years.

Companies think innovation can be siloed or worked on by one department or one team within the company, but the truth is that innovation is everyone’s job.

“People are starting to understand that innovation cannot be siloed, or should not be siloed. Innovation should happen in every department and it’s everybody’s job.”

Define Innovation Before You Start

While Dan does not have anything against training programs or labs, he has seen misguided approaches. When employed successfully, innovation programs can be a potent tool, but when approached in the wrong way, they become nothing more than a bottleneck. “They create the lab and hope that they will be able to deliver on their innovation ambition or goal just by having that lab. Often, a couple of years later they say, ‘Well, this failed. Let’s discontinue the lab. We don’t need innovation here.’”

He has seen huge companies all over the world discontinue their labs not because they genuinely failed, but because they were never set up to succeed in the first place. “Many organizations don’t have a clear definition of what innovation is. They treat the word as a catch-all phrase. They need to be more pragmatic when they talk about innovation, but also more specific in terms of the type of innovation.”

Innovation in Every Department

Dan thinks that every single department could benefit from an innovation unit if the company is serious about moving forward. This requires a change in governance and a development of capabilities within the staff to ensure sustainable growth.

“Innovators are not necessarily born, but more created.”

When you have the right vision for the future, you can go into hiring people who are going to work for that vision. “Of course, it’s very important to recruit the right people? Especially at the beginning of the journey. Once you know that you want to transition to a more innovative company, then it’s important whenever you hire to hire for your future vision of what the company needs to be and not the current state.”

“Hire for your future vision of what the company needs to be and not the current state.”

How To Lose Good Employees

Dan also believes that a company’s way of handling the innovation process with their employees can lead to a breakdown in the chain and a loss of good staff.

“What I’ve seen with a lot of companies is that they invested a lot in capability development. They invested in training those folks. Immediately after the training, people are very eager to apply the knowledge that they have acquired during the training. But if, for example, doing experiments is not allowed, people are going to be frustrated. And in most cases, they will leave.”

“On top of that, you might have just created your next competitor because the people that are leaving are usually good. Maybe they’ve been with the company for quite some time, so they have an intimate understanding of the company’s business, the industry, and the needs of the clients. It’s important that the changes in capability development also are reflected in governance.”

Something important to Dan is that programs can continue to flourish and that they don’t get shut down because of incorrect measurements or a lack of visibility. He says this is often attributed to short-term thinking. He believes customer satisfaction should be put before ROI. ROI is short term thinking. Instead, long term benefits should be top of mind.

“ROI is not a goal. Customer satisfaction or delivering the best user experience in that market can result in ROI. But ROI in itself should not necessarily be a goal. The organizations that go for ROI as an objective are ignoring how money is created.”

While he sees many different ways in which innovation is successful at companies, one success story sticks out to him: Hamona Coconuts. While working on an accelerator program in Vietnam in 2015 and 2016, he met a man who had a very low tech idea with significant potential. He wanted to take the can out of coconut juice and let consumers drink fresh juice directly from the coconut. What appealed so much to Dan about this entrepreneur was his obsession with the quality of the coconuts.

“To get to the final product that he is now selling in 7-Eleven and a lot of retail chains all over Southeast Asia, he experimented on 1000 or 10,000 coconuts. He was crazy about quality, and he was doing it in a very scientific way. He was trying a new operation, then testing the coconut on himself or customers, but then changing the process again. He did that until he was able to get to the right coconut.”

And, after the businessman made a $20,000 mistake in how he shipped his product, he took it as a lesson. Instead of giving up, he learned from his mistake and transferred that lesson into his next shipment.

“For me, he was a very, very interesting person to work with. I think at one point, he was able to get a contract with Whole Foods in the US, so he was able to deliver his product shelf in the U.S.”

You can learn more about Hamona Coconuts here.

Dan says his book has opened doors for him to work with companies on great innovation projects and ideas. Company executives who had read the book started coming to him, asking him to come on board and help them make significant changes and lead the way.

“I’m working here with Norway’s largest bank and the sixth largest corporation in Scandinavia. They are going through a full company-wide transformation, and they are trying to move away from business as usual to being proactive about innovation, about change, about doing what the customer wants. They want to take a leadership position in the space. To do that they need to change their entire internal operations and how they work.”

Who does Dan feel is getting innovation right? He thinks that companies are realizing more and more that to seek good ideas they sometimes have to do things like allowing employees to spend 20% of their time working on things outside of their day job or mash up different parts of the organization to cross-pollinate.

“ I think everyone is getting it right and wrong at the same time in their own way.”

Like Dan’s book says, your innovation program should be like an eco-system, and an eco-system relies on all of its parts to work together to reach an outcome that makes everyone happy. 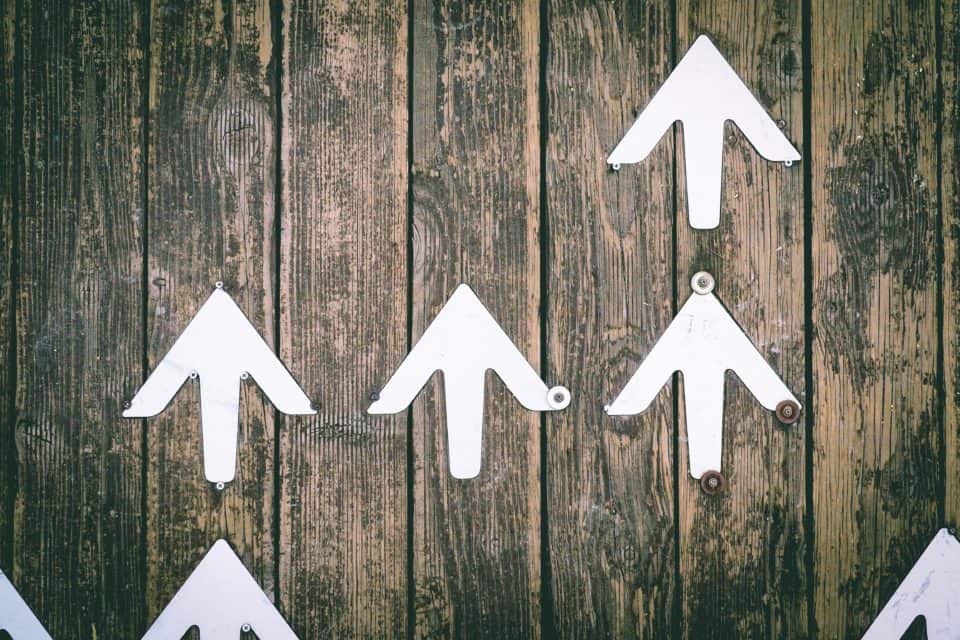 A continuous improvement strategy starts with a commitment to being better than ever. Make ongoing change by starting small.

END_OF_DOCUMENT_TOKEN_TO_BE_REPLACED 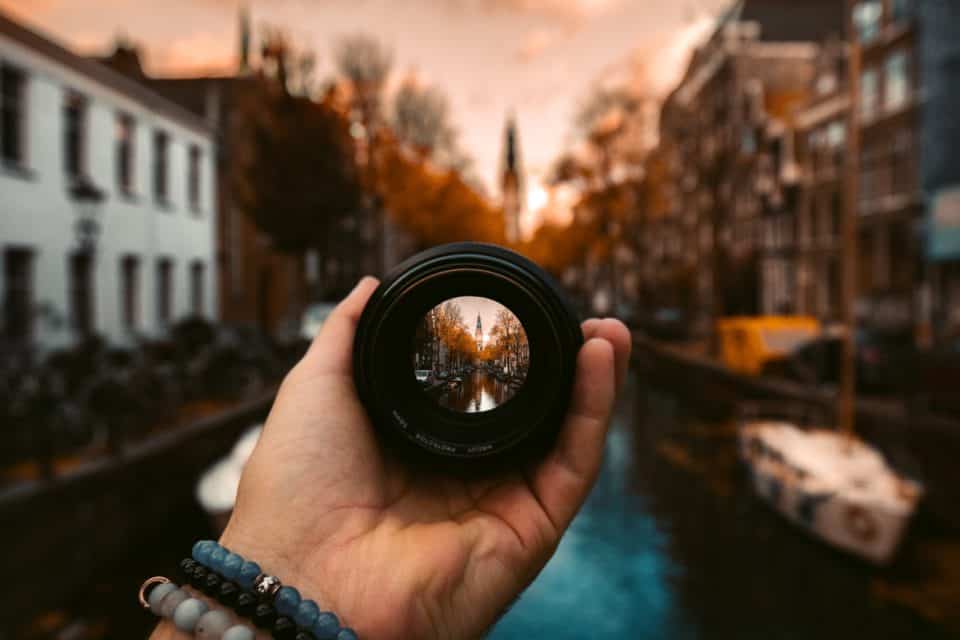 Close out the year with creative improvements for the future. Lead your year-end retrospective with Liberating Structures for maximum innovation.

END_OF_DOCUMENT_TOKEN_TO_BE_REPLACED 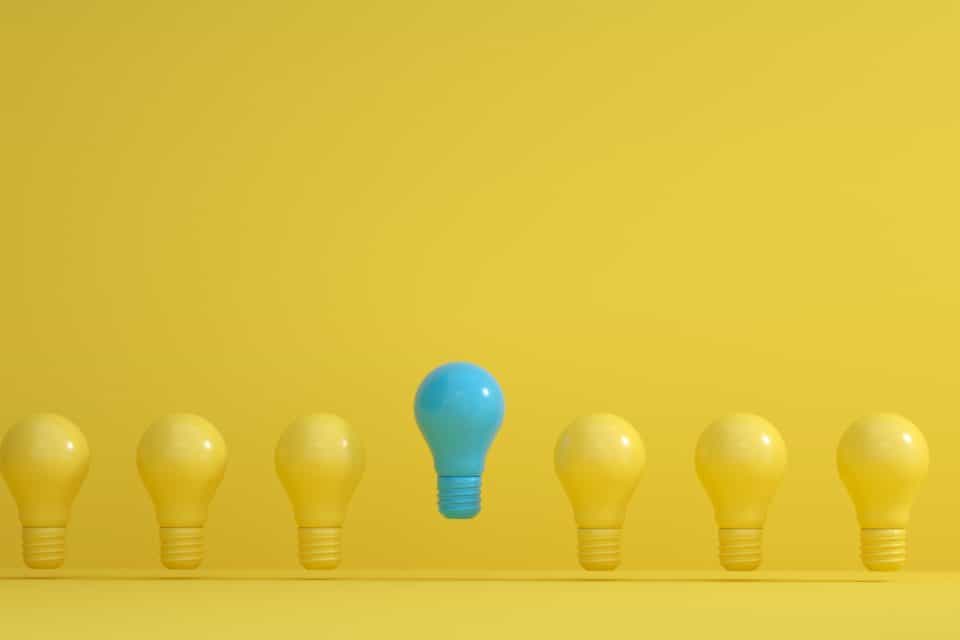 Face the challenges of change with intentional innovation. Collaborate with an innovation agency to make your ideas actionable.